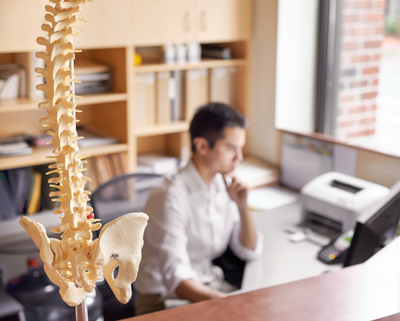 Employing chiropractic care for ADHD is not something many of us would ever think of. The good news is someone did think of it. A 2019 study at Riphah International University unveiled that chiropractors may play a role in enhancing the neurological function of individuals with ADHD.

It’s an incredible breakthrough that we at Absolute Chiropractic & Rehab in Hurst had to share with all of you. ADHD is tough not only on individuals diagnosed with it, but also for the whole family.

ADHD is a neurodevelopmental disorder that is associated with significant alterations in brain development and function. Imran Amjad, a PhD who helmed the study, explained that, “These include changes in fronto-striatal pathways that can lead to difficulties with ‘top-down’ control. It is also likely that connections in the parietal lobe and cerebellum are involved.

“These neurological changes are associated with a number of alterations to sensory filtering, sensorimotor gating, and sensorimotor control. This lends itself to a potential role for chiropractors in caring for children with ADHD because chiropractic care has been shown to alter a number of aspects of sensorimotor function.”

Conventional medications have limitations and drawbacks, including having to force your child to take their prescription every morning. As of 2021, we still don’t know the long term risks or benefits of ADHD prescriptions.

Amjad and his team have been studying how chiropractic spinal adjustments affect nervous system function. “Recent studies have shown that chiropractic care alters sensorimotor filtering, cortical and cerebellar motor processing, and multisensory processing, all of which may be important in the neurodevelopment of ADHD.

To put it plainly, chiropractic adjustments have been shown to improve neurological function, thus allowing for better learning and achievement.

Get Real ADHD Relief Without the Drugs

Why Us
Your First Visit
Meet The Doctor